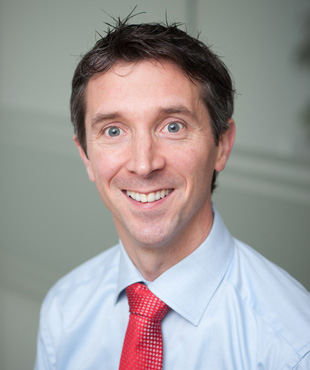 Dr Seamus Sharkey graduated with honours from Cork Dental School and Hospital in 2001 as Gold medallist in restorative dentistry.

Over the following six years he worked in private general practice in England, Australia and Ireland. During that period he also worked as a Senior House Officer in Australia and Dublin where he became a Fellow and Member of both Royal Colleges of Australasia and Ireland respectively.

In 2006, he began a three-year full time Doctorate program in Prosthodontics in the Dublin Dental School and Hospital from which he graduated with first class honours and was awarded the Dean's Prize for the highest grade achieved.

In 2009 he successfully completed the Fellowship examinations for the Royal College of Surgeons in Ireland. His doctoral research focused on the radiographic interpretation of implant interfaces and he has been published in numerous peer reviewed international journals such as Quintessence International , Dental Update, Oral & Craniofacial Tissue Engineering and International Journal of Oral and Maxillofacial Implants. Dr Sharkey moved back to Cork in 2010 to set up Citygate Specialist Dental Clinic with Dr Jennifer Kearney and accepted a post as clinical lecturer in the Cork Dental Hospital which involved teaching undergraduate and postgraduate students. His expert knowledge of the field of Prosthodontics allowed him to help these emerging clinicians to gain a better grasp of the fundamentals of Prosthodontics.

Dr Sharkey was also awarded the Joe Maloney Award from the Irish Dental Association in 2010 at their annual scientific conference in Galway. Dr Sharkey has been an editorial board member of the Irish Dental Journal and is a member of the International Team for Implantology (ITI) and former Director for the Cork ITI study club. Dr Sharkey is regularly invited to give both hands on demonstration courses and lectures to dentists across Ireland and the UK as part of their continuing dental education. Dr Sharkey keeps his own specialist training up to date by traveling to Europe and the US to make sure that he is at the leading edge of evidence based medicine and dental education. He maintains a special interest in digital and minimally invasive dental technologies.

Dr Sharkey is an avid sports fan, and likes to keep as active as his two children will let him.

Back to Meet the Team